Let's face it — elements of the building industry have a terrible reputation.

This can be a man who hires a van by the week and has a group of "handy lads". The excavators and compaction equipment can be hired by the hour and the tarmacadam itself supplied by the material manufacturer.

Such an outfit can be in, done and away with your cash in no time at all.

They will pay no attention to subsurface construction and compaction or drainage. In fact, in their haste to get the job done they may simply lay the tarmacadam over existing grids because it is easier than re-seating the ironwork.

Tarmacadam, if laid properly, will provide a long-lasting and durable roadway or driveway but is suseptible to freeze-and-thaw water damage if the proper attention is not paid to compaction and drainage.

It is important that you take a little time to check out your groundwork contractor. Ask for details about previous work done in the area; check how long the company has been in business. Have they a track record? Have they been in business long enough to honour their promises of workmanship and guarantees?

G D and Sons Quality Paving Ltd are contractors knowledgable in all aspects of hard landscaping and groundworks.

Shown below: how roads were constructed in the 19th century. Pioneered by Scottish engineer John Loudon McAdam around 1820, a new type of road construction called "macadamisation" was developed in which single-sized crushed stone layers of small angular stones were placed in layers and compacted thoroughly. A binding layer of stone dust was rolled and compacted to keep dust and stones together. This method replaced a previous process of using much larger base stone blocks.

In 1901 Edgar Purnell Hooley patented a method of adding coal tar to bind together the stone aggregates. Today, the tar binder has been replaced by a bitumenised compound which can be formulated to modify its performance characteristics.

Even back in the 19th century it was realised that correct drainage played an important part in roadway longevity. On older roads you will see drainage ditches at either side of the road. The principles of proper compaction and adequate drainage are just as important today.

There are a number of different grades of tarmacadam that may be used depending on the type application and finished appearance required. In addition to proper sub-base layers, drainage and compaction, it is also important that the finished surface is at least 150 mm below the position of the premises damp proof course. 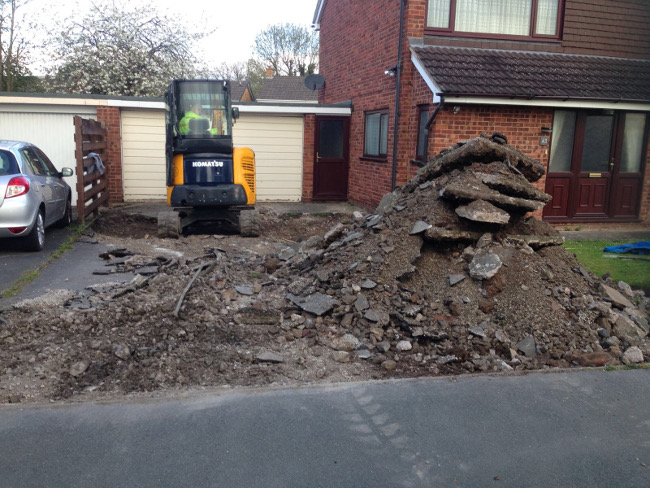 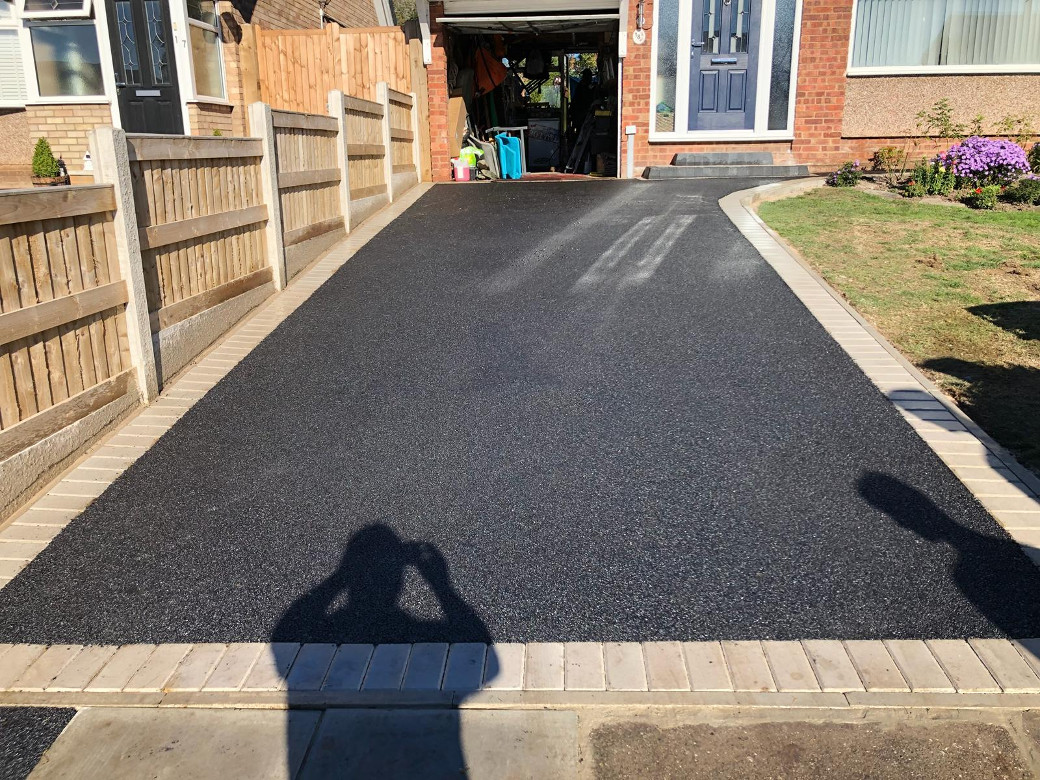 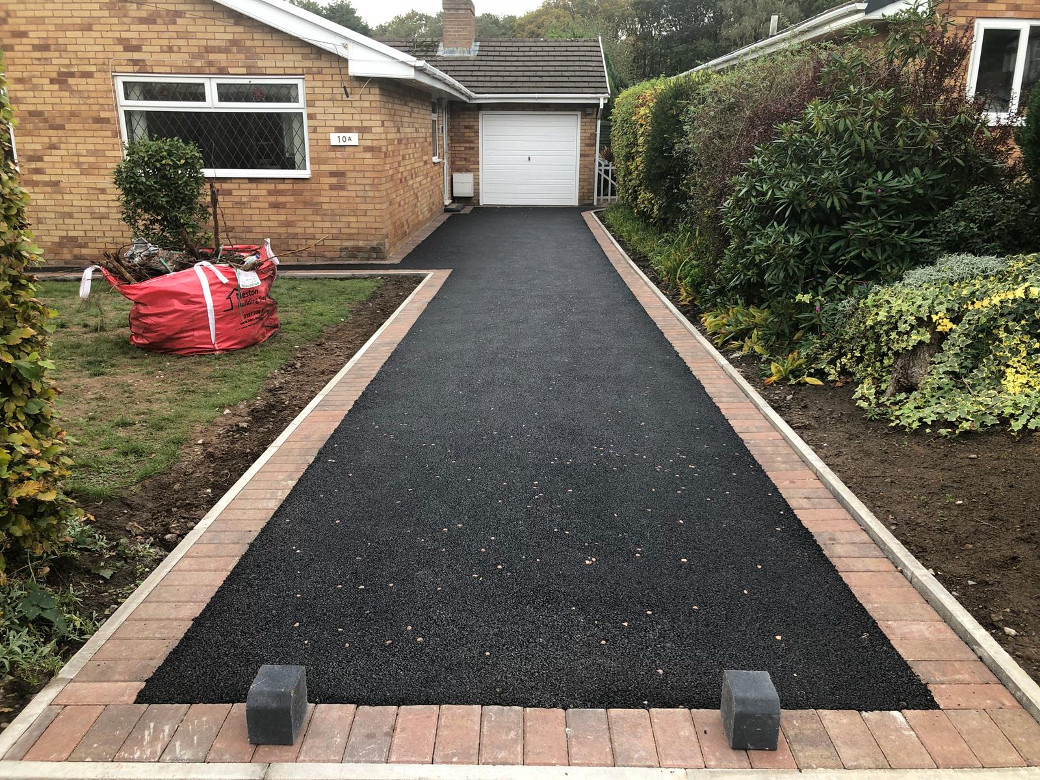 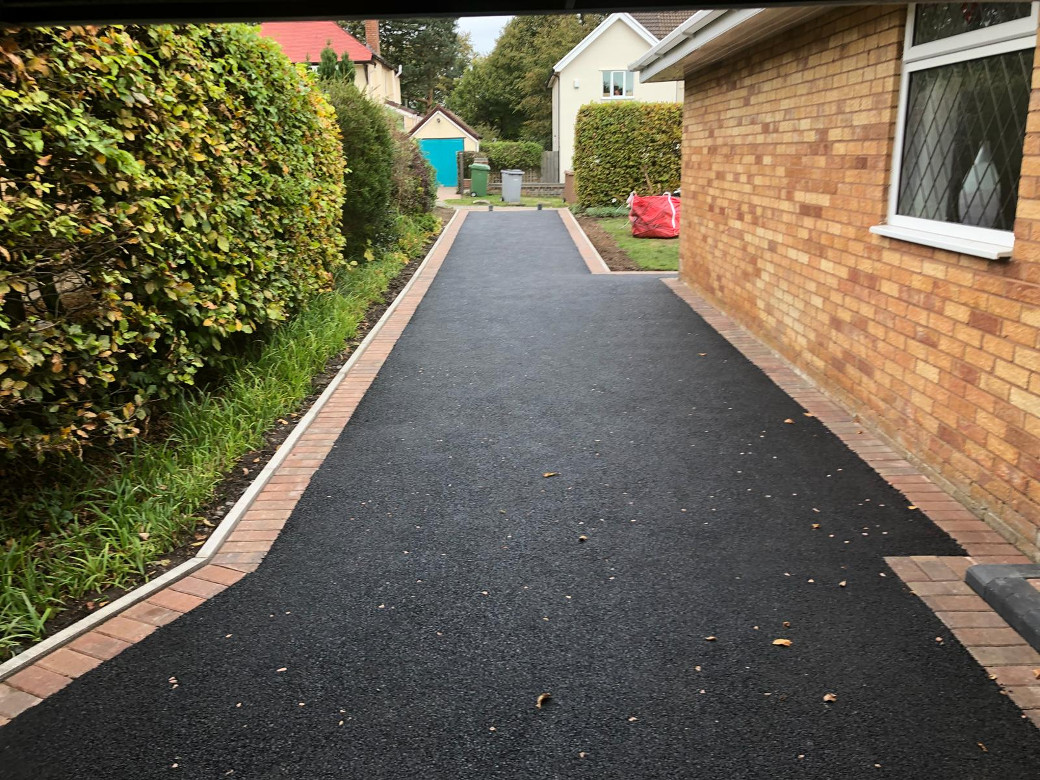 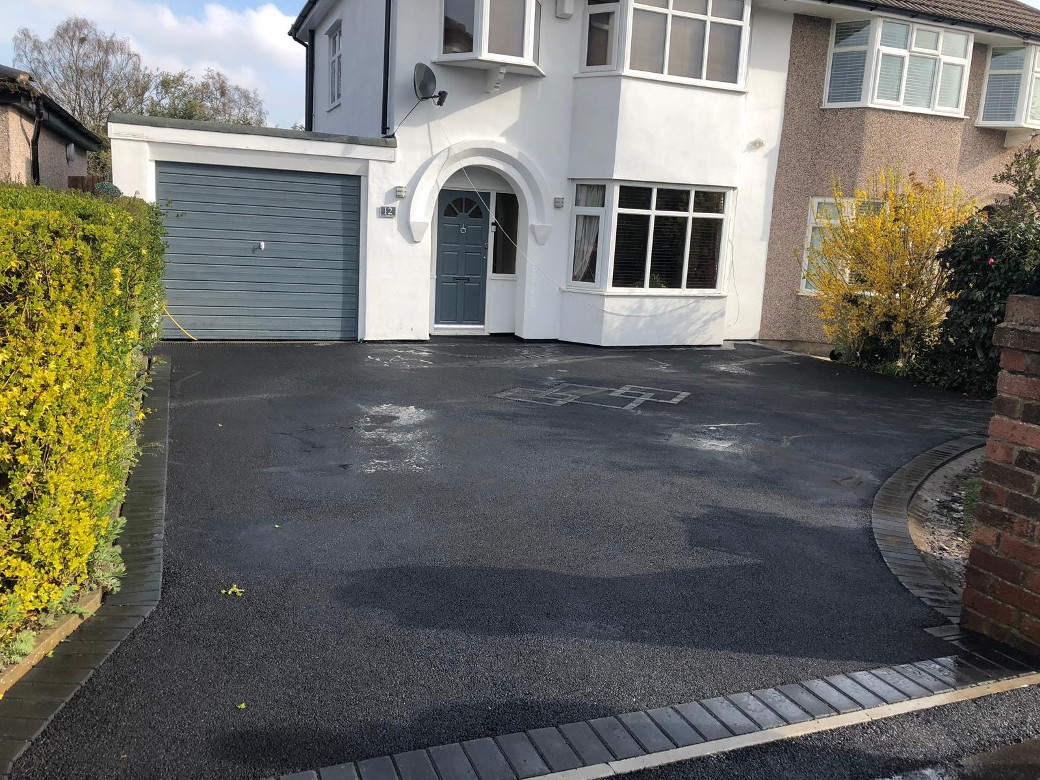 Modern tarmacadam formulations are hardwearing as well as flexible. Though this means they can be laid with less subsurface material it is still necessary to excavate to a firm ground layer before applying and compacting the subase aggregates.